TIME TO ACT: GALVANIZING AROUND A SURVIVOR-CENTERED ANTI-MODERN SLAVERY MOVEMENT

The 2023 Global Forum will bring together a large number of stakeholders to reaffirm the focus of the anti-modern slavery movement around meaningful engagement with survivors and inspire cohesive action that galvanizes the movement around a survivor-centered response to modern slavery.

The goal of this special 10th-anniversary event is to establish a cohesive narrative across the anti-slavery movement.

Currently, modern slavery is not recognized globally as an issue of universal concern. A strong, united way forward is needed to catalyze acknowledgment of the scale of the problem at local, regional, and global levels and generate the public and political will necessary to successfully end modern slavery.

The 2023 Global Forum comes at a time when modern slavery has increased around the world, and the contributing factors are exacerbating the scale of the problem.

According to global estimates, nearly 50 million people were living in modern slavery in 2021. Of these people, nearly 28 million were in forced labor. While these figures do not tell the whole story, they help us get a sense of the scale of the problem and call for us as a movement to respond with urgency.

“The 10th anniversary of the Forum represents an opportunity for the movement to look forward and cast a vision for how stakeholders can better coordinate, prioritize, and focus in order to increase the impact of efforts to eradicate modern slavery around the world.

It will be an occasion to elevate our collective voices and efforts to create a future without modern slavery.”

Why attend the Global Forum?

The Global Freedom from Slavery Forums are the premier thought leadership events for the anti-modern slavery and anti-trafficking movement.

The success of the Regional Freedom from Slavery Forums over the last two years has generated considerable momentum toward uniting the movement around a survivor-centered approach to ending modern slavery.

Now is the time to gather as a global movement and capitalize on this momentum to shape global discussions, practices, and solutions and increase the impact of our efforts to end modern slavery.

Attending the Global Forum gives you the opportunity to contribute your experience and wisdom to shape the future direction of the movement to end modern slavery.

At the Global Forum you will: Learn from and be inspired by key leaders, thinkers, and innovators. Contribute your experiences, knowledge, and perspectives. Collaborate with your peers to shape the future of the anti-slavery movement. Connect with anti-slavery leaders, survivors, researchers, policymakers, and advocates from around the world.

Conference hotel information will be delivered after registration.

Questions about the application process can be sent to kiki.lindenau@freetheslaves.net

More information will be coming by email and added to this page as the dates get closer.

Register for the 2023 Freedom From Slavery Global Forum

Please register ASAP, and submit any questions you may have to kiki.lindenau@freetheslaves.net

Thanks to Our Sponsors! 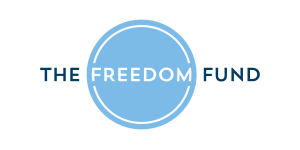